Blink and You’ve Missed It!

Talking again, as I was in the previous post, about special and normal buildings, this might be the time to mention a Lucas Hickman Smith project that I’ve been meaning to write about since I joined the practice almost a year ago – a little house in Hardingham, Norfolk, called Appleacre. 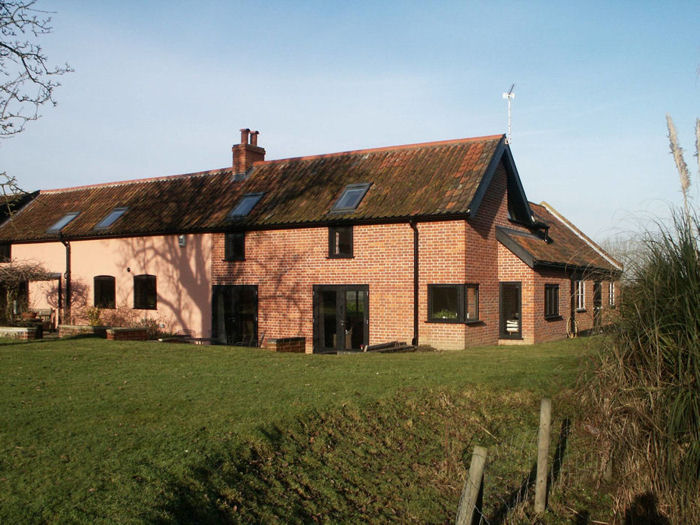 The house replaced a rather rambling collection of sheds and lean-to’s adjacent to an C18th cottage. The new building is essentially an extrusion of the existing one. Reclaimed tiles are used on the roof, but the new house is in brick, rather than render, so this house isn’t pretending to be part of the old one; a cheeky corner-window is probably the most obvious ‘marker’ that this is a contemporary addition.

Actually ‘cheeky’ is probably over-stating it! This is a very modest building, more concerned with enhancing its immediate context than ‘making a statement’ – exactly the sort of building Ruralise is interested in.