The second recognizable type of village one might call non-nucleated, as they have a much less well-defined centre. These villages may have only been tiny hamlets in mediaeval times, but many may have come into existence much later, perhaps associated with the enclosure of common lands during the C16th to C18th. They are comprised almost exclusively of detached houses, sometimes with the occasional short run of terraced cottages or early C20th council ‘semis’, and are low-density settlements, often straggling along a number of roads. Though certainly less photogenic than the first type, these later non-nucleated villages are more numerous and therefore arguably more typical of the rural landscape than their older counterparts.

Mulbarton, Wicklewood, Spooner Row would serve as examples in my part of South Norfolk, but in my recent Norfolk tour, we went from (nucleated) Horsham St Faith across to nearby (non-nucleated) Frettenham.

Like Horsham, Frettenham appears in the Domesday book, but is listed as part of a larger settlement called Mayton, now disappeared from the landscape. On Faden’s map of Norfolk (1797), present-day Frettenham is labelled ‘Stanninghall’, and ‘Frettenham’ appears only as the name of the church, standing alone, as it does today, a mile or so north of the village. The name Stanninghall survives as the name of a farm and ruined church a mile south-east of Frettenham. This ‘flux’ of names and locations is common in Norfolk’s smaller villages, which waxed and waned in the face of changes of ownership, plagues and developments in agricultural practice, often leaving an isloated church as the only trace of their existence. Indeed Faden’s map and one from 1838 strongly suggest that Frettenham as we know it today started as a hamlet on the edge of a tongue of common land extending south-east from Handford Heath Warren.

Apart from a chunk of 1930s council housing in the south-east corner of the village, Frettenham is almost entirely a creation of the second half of the C20th. The pre-C20th fabric is limited to three large farms grouped around the junction at the northern apex of the village – including Mill farm, with its recently converted windmill – and a handful of cottages. Together these make up less than 5% of the village’s fabric. Frettenham retains a tiny school, but no shop or pub. 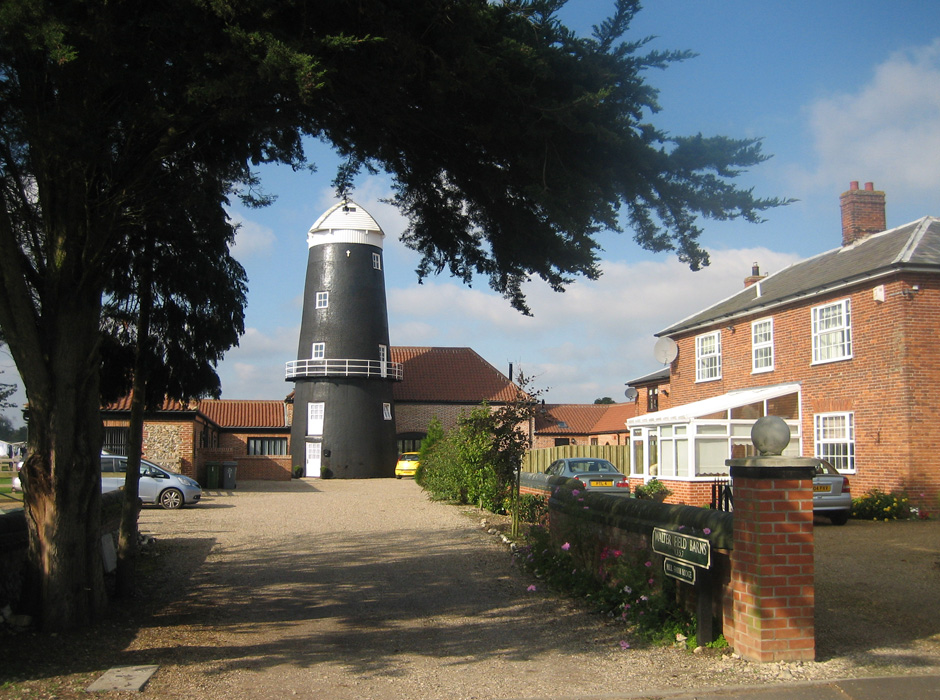 The recently converted Mill Farm in Frettenham is rather picturesque... 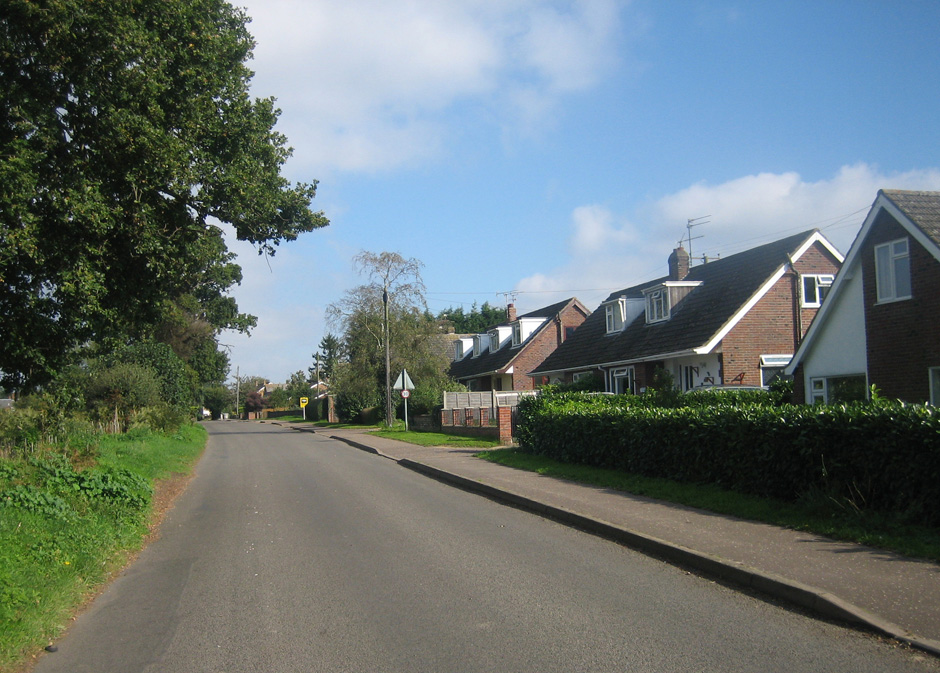 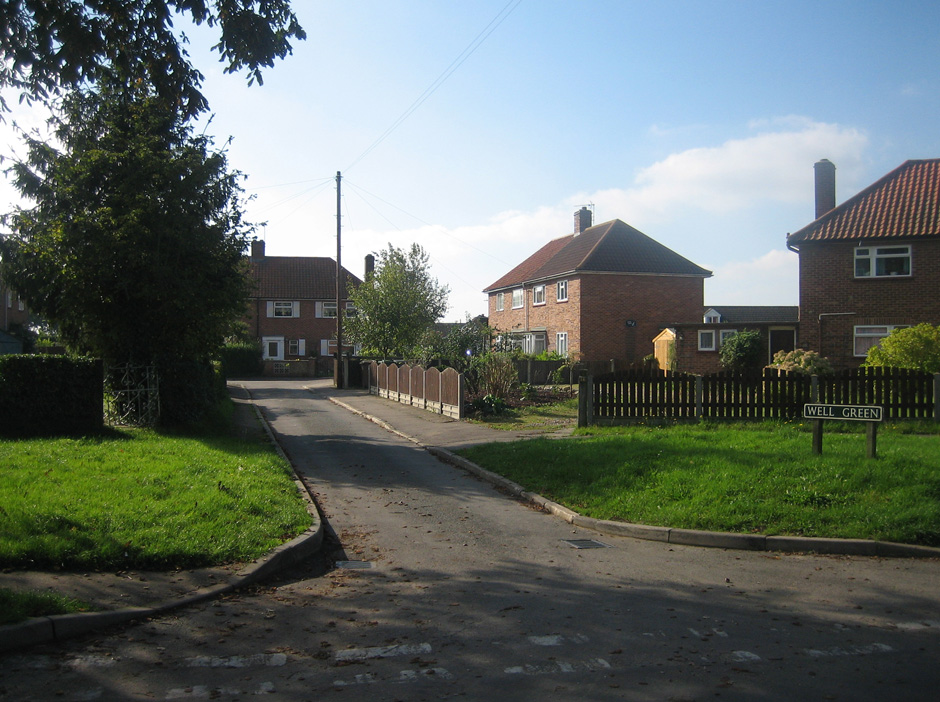