So far, Forest Village is the product of an end-of-holiday moment of wistfulness: ‘This is lovely; wouldn’t it be nice to live here all the time?’ But like all such pipe-dreams, it’s worth taking a minute to be critical. It was clear to me what the attractive qualities of Forest Village would be, but what barriers would it have to overcome if it were to move from ‘one-liner’ to reality?

Well, the first question was obvious and basic: ‘Is it just me?’ Would I be the only one queuing up for the first release of new homes in Forest Village? Would anyone else be happy to live so close to nature, all year round. One man’s wildlife is another’s creepy-crawlies. A straw poll of friends and acquaintances suggested the idea was at least worth pursuing, but there are more difficult questions to answer. 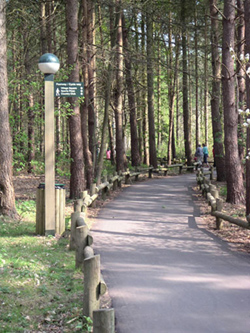 What about night-time atmosphere and security? At CenterParcs there is a clear separation between circumferential access-roads and radial cycle-paths and the latter are a key part of what makes Elveden so cycle-friendly. However, current best-practice in urban design would suggest that separating cars from pedestrians and cyclists reduces users’ sense of security. How comfortable are people using the dedicated cycle paths at CenterParcs or our new Forest Village after dark? In a real version of the project the road layout and vehicle hierarchy would have to be given some proper thought (I’m not imagining Forest Village is car-free), but the wider issue of what the forest feels like at night remains.

And what about the potential for forest-fire? CenterParcs have never had a serious blaze, with notable and ironic exception of the destruction by fire in 2002 of the swimming-oasis at Elveden. Good management of a forest can keep its fire-load down, but CenterParcs still has to enforce barbeque bans in spells of extreme dry weather. Would residents of Forest Village accept this constraint? And what would it be like living in a forest which had suffered a flash-fire through the canopy, even if fire-shutters on the windows of the new homes had done their job?

In short, how big a selling point would living in a forest actually be, and to what extent would these negative aspects of life in a real Forest Village counteract it. The sum of these factors would give a measure of how desirable (or otherwise) a property in Forest Village would be and therefore how valuable…which leads to the next really basic question about Forest Village: would it ‘stack up’? 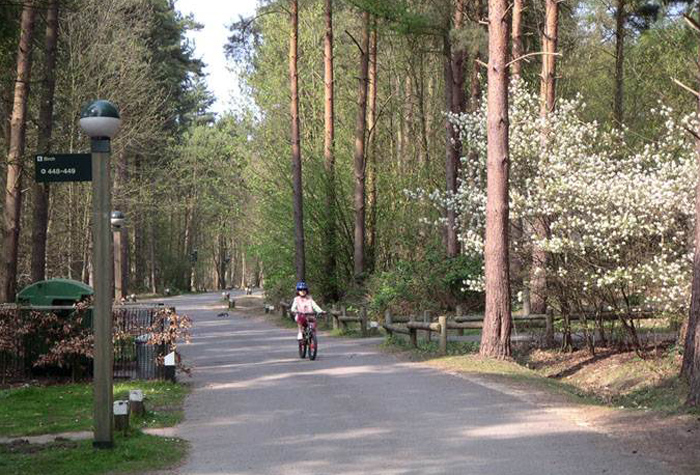