I was in Walberswick at the weekend – in an end-of-term, pre-holiday sort of mood. The tar-black huts along the staithe at Southwold are enough to make you want to reach for a hammer and nails and build something – or in my case, put pencil to paper (as I do all too infrequently these days).

These two recent additions caught my eye – one with three separate roofs where one might have sufficed, the other with a neat, partly co-planar roof, and a deck enclosed by a simple half-height continuation of the plank and batten exterior wall. Both were small bits of architecture among a huddle of genuinely humble sheds…and for that, perhaps, the thin end of a rather bijou wedge.

‘Bijou’ is a word that sums up Walberswick neatly. A bustling port in the middle ages, then languishing as a remote fishing village, it was ‘discovered’ in the 1920s by the new motoring classes, and has been second-home and holiday venue for all manner of celebrities ever since.

There are many large and immaculately turned out houses in the village, both ancient and more modern, but apart from the sheds at the harbour and the black beach-huts at the almost-wild campsite on the beach it was two developments of ‘ordinary’ houses, way up the high street, which caught my attention. I’ve noticed them before, but this year, in the context of Ruralise, they made a lot more sense.

…but you’ll have to wait. I didn’t have a camera with me, hence the doodling, but am now planning a Lucas Hickman Smith field-trip for the early autumn. We’ll have a good poke around Walberswick and also take in Ash Sakula’s enigmatic housing for Adnams at Tibby’s Triangle over in Southwold. But things will go rather quiet here for a few weeks before that. 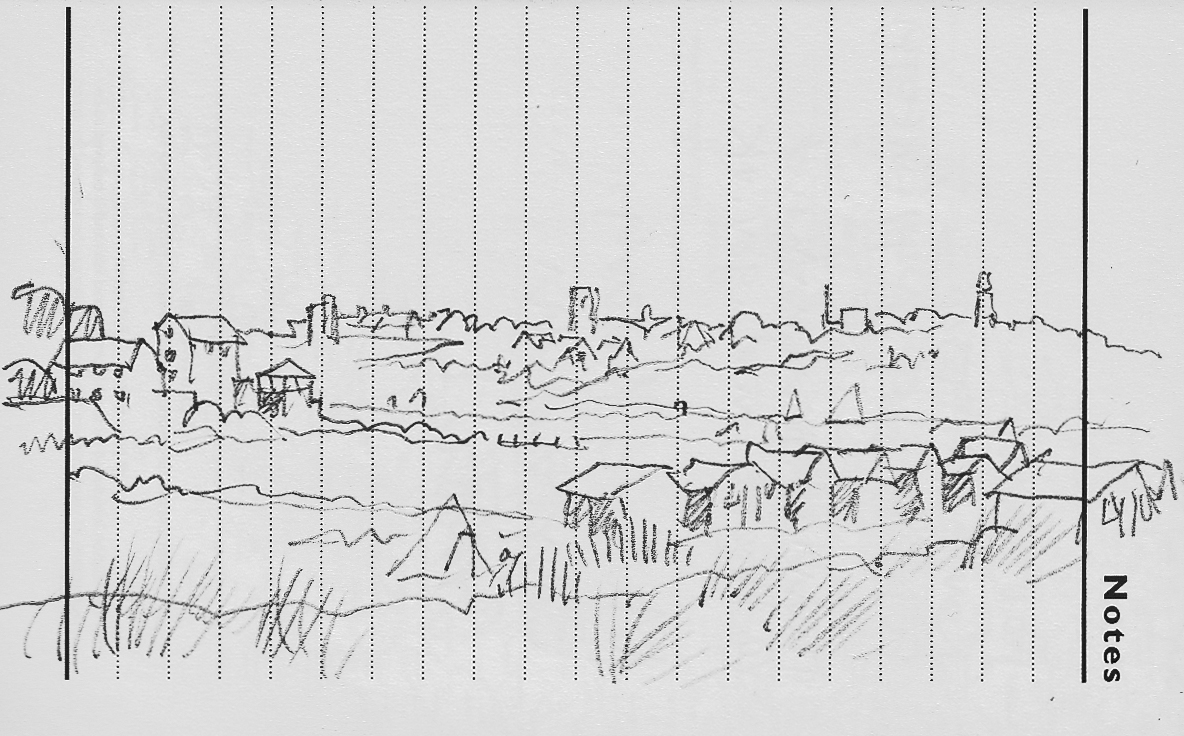