Well, while we’re on the subject of Norway (see last post) it’s probably a good opportunity to cross an item off my original Ruralise to-do list – and in fact the ‘curvy’ theme tees this up nicely.

Way back in October last year I wrote about David Kohn’s Stable Acre, saying its interiors (particularly its brick chimney-breast) put me in mind of the work of Wenche Selmer. Selmer was born in Paris in 1926 and trained as an architect in Oslo, graduating in 1946. She married in 1954 to architect Jens Selmer, whose large and commercially successful practice rather eclipsed his wife’s. Wenche ran her business almost literally from the kitchen table, which perhaps gives some perspective on the modest and intimately domestic nature of the projects she carried out. There is a good short biography here (click on the double-chevron to expand), but Elisabeth Tostrup’s book ‘Norwegian Wood’ is highly recommended; clear, thematically organised text, great photos and a good selection of drawings. 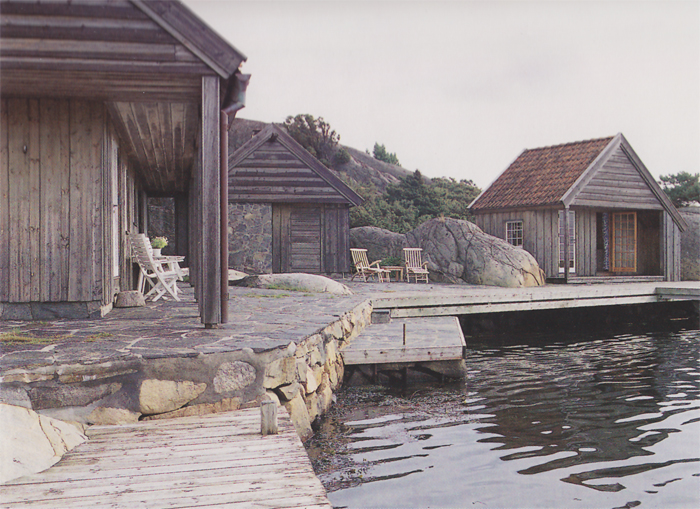 Selmer’s projects were exclusively domestic – a series of timber-built houses and summer cabins in the hills, coast and islands of southern Norway. The earliest projects are very traditional, with pitched roofs, red-ochre stained siding and white windows, but during the 60’s and into the 70’s she also experimented with a more Modernist approach – organic plan-forms, larger windows, lower pitched or nearly flat and mono-pitched roofs. The ‘contemporary’ projects draw heavily on the details and materials of the more traditional ones, but interestingly never completely supplanted them; Selmer retained a flexible approach throughout her career, tailoring her response according to site, context and her clients’ preferences. 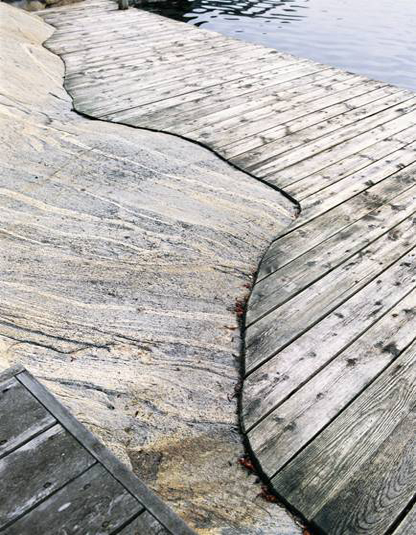 One image from Tostrup’s book (by Frode Larsen) has been widely reproduced, because it seems to sum up Selmer’s approach – a detail of a board-walk at Kisteglad, a summerhouse on the island of Hellersoya. The weather-beaten boards are carefully scribed around curves of the rock at the water’s edge, suggesting an intimate and respectful relationship between building and nature.

In fact, on reflection, this image suddenly makes Snohetta’s curvy timber look aloof, and rather contrived.