As a model for the development of a new settlement, Center Parcs offers a really powerful proposition. Most green-field development replaces green-space with houses. In a Center Parcs they depend on each other. The forest is regarded as an asset to the finished site, so great care is taken to protect and enhance it during development.

In fact because most Center Parcs sites start out as commercially managed softwood plantation, the process of development actually improves their biodiversity. Some trees are felled during construction, but replacement planting is mostly broad-leaved, so the species-mix and resulting habitat-value are improved by the process of development. At Elveden, the irregular rings of villas were built from behind, using temporary routes for heavy construction-traffic. These were subsequently re-modelled to become corresponding rings of narrow lakes, which provide brand new habitat for water-birds. The vehicle access-roads at the front of the villa can then be of the lightest possible construction, protecting the retained trees along their length.

Actively managing their sites for maximum species-diversity is a key part of the Center Parcs sales proposition, and an aspect of their operation that Center Parcs are understandably keen to stress. In approving plans for the fifth and final UK Center Parcs site at Woburn, planning minister Hazel Blears was clearly convinced:

In this particular case, the economic and employment benefits of the proposal, when taken together with the ecological and biodiversity benefits… constitute very special circumstances and are sufficient to clearly outweigh the harm to Green Belt.

Purists would argue that that the resulting woodland is an artificial environment, that it is ‘suburbanised’ forest. This is probably a fair comment, but almost all of the UK’s landscape is manipulated or maintained in one way or another. And for the purposes of this thought-experiment Elveden represents an amazing double-whammy: the best part of a thousand new ‘homes’ built in 160 hectares of woodland, which is actually improved by the process of development, rather than destroyed by it. Houses and trees.

Could this approach be applied to the creation of a new settlement, a ‘real’ village rather than a holiday village? 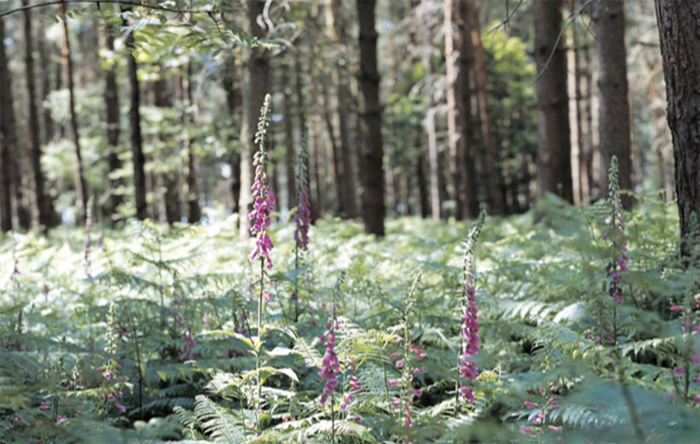