I’m giving a talk to the AGM of CPRE Norfolk in July, and the next issue of their newsletter will carry a ‘trailer’ for the talk in the form of a short article about Ruralise. Last week, the editor set me a rather awkward challenge: could I send a picture to accompany the article which would explain to a local councillor, for instance, what good contemporary rural housing might be like? That rather caught me by surprise. Distilling Ruralise into a pithy manifesto on contemporary rural design is certainly the ultimate aim, but it feels I’m still quite a way off that – as you will know if you’ve been following the blog. After a bit of thought I realised I couldn’t give a simple direct example, but I could certainly point to an architectural practice who have grappled with the sort of issues I have outlined through Ruralise – and created something special in their own corner of the UK.

Dualchas Building Design are based on the Isle of Skye, and have carved out a reputation for themselves based on an intimate knowledge of, and empathy for, the landscape and rural vernacular of Skye. More recently they have begun to attract larger commissions (such as the Community Hall at Raasay, listed for an RIBA Award this year) but for many years their worked mainly on individual houses, and there are some echoes of the problems with which the Cork Design Guide was grappling. In a key article on their website they explain the challenge they set themselves:

Dualchas wanted to develop a modern longhouse with a simple objective; to offer an affordable alternative to the brochure kit-house. The kit-house is the most common form of building in the Highlands, yet its alien form is despoiling the Highland landscape – thus threatening an economy which is highly dependent on tourism. We therefore wanted a house which was unmistakably Highland, yet modern; a house that could be seen as part of the cultural regeneration of the Highlands. To do this we sought inspiration from the true vernacular of the Highlands – the blackhouse.’

The article describes the traditional Skye ‘blackhouse’ and Dualchas’s contemporary version of it, developed initially for sale as kit-homes through their subsidiary company Hebridean Homes. Larger commissions followed through which Dualchas developed their architectural ‘language’ – a single storey house with a simple rectilinear plan, usually one room deep, the pitched gabled roof, render or sometimes timber cladding, small punched openings except for the panoramic living room window.

I admire Dualchas’s work for a number of reasons – their self-confidence in setting up in remote rural Scotland rather than Glasgow or Edinburgh, their conviction that the island deserved better buildings than it was getting and their belief that architecture could engage Skye’s past while speaking of its future. 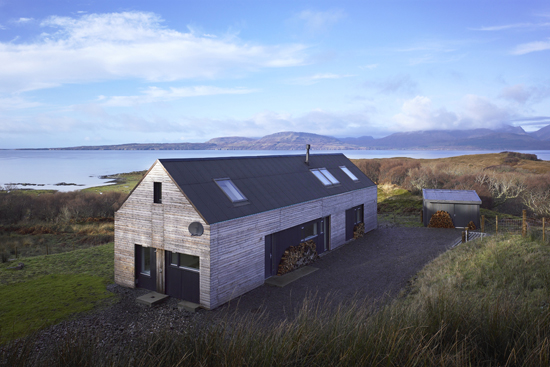 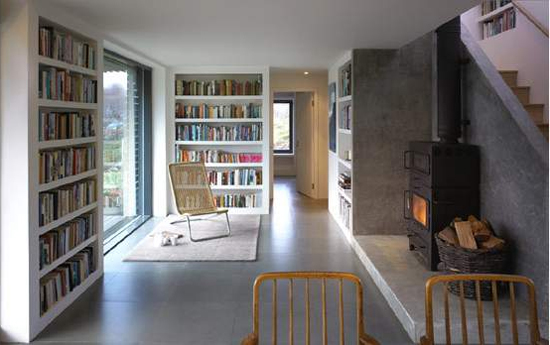