Hitherto I’ve described four rural archetypes that I identified when I showed some clients around Norfolk this summer: the nucleated and non-nucleated village, the wide-fronted house and the farmstead. I haven’t listed ‘roofs across fields’ as an archetype, but it certainly seems to me like a strong characteristic of the Norfolk landscape.

In hillier regions, the slope of the ground often reveals the full elevation of a house or group of houses, but in gently-rolling Norfolk the lower storey is often obscured by a hedge or waist-high crops in a field. Groups of buildings appear to ‘hunker down’ into the earth, often presenting just their pan-tiled roof to the view.

If the ensemble includes barns, stables or other outbuildings, and some strategically placed trees, it can appear inscrutably windowless. My sketchbooks have lots of doodles of these characteristic groups of roofs, glimpsed from a train or sometimes just imagined. This pastel sketch also highlights the importance of the colour of the clay tiles against the trees. 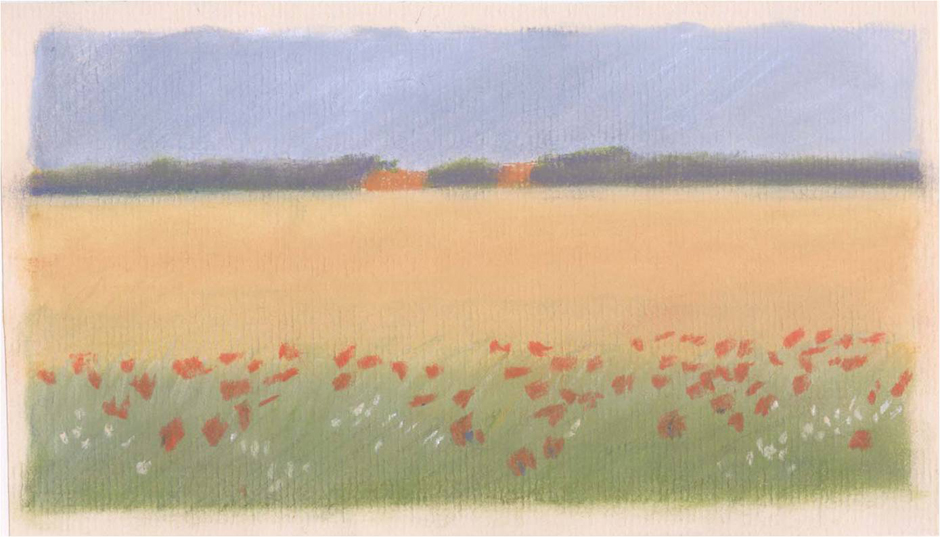 I’ve found this idea easier to draw over the years than photograph, as the views are often across fields at some distance (and I’m not much of a photographer), but I did try to capture some ‘roofs across fields’ when I was putting together the guided tour…

More about ‘Roofs Across Fields’ here. 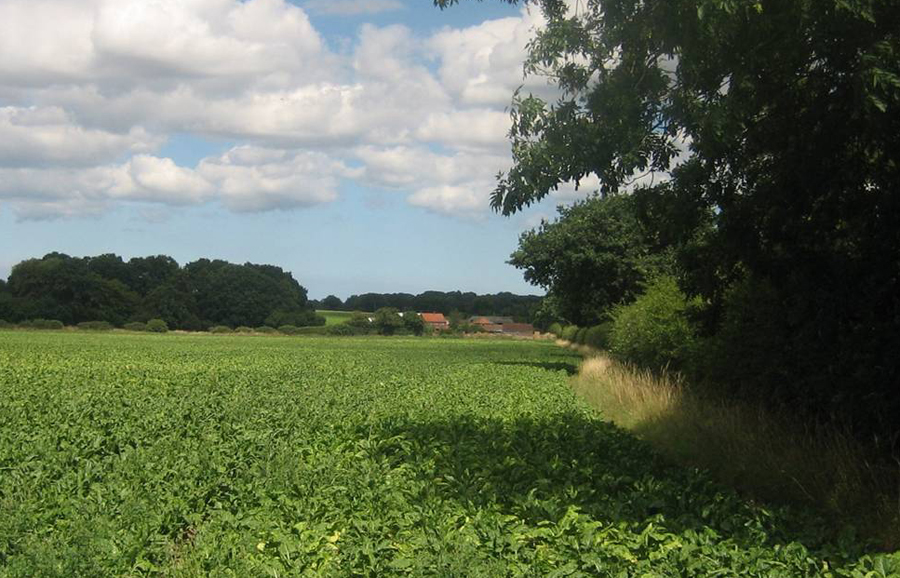 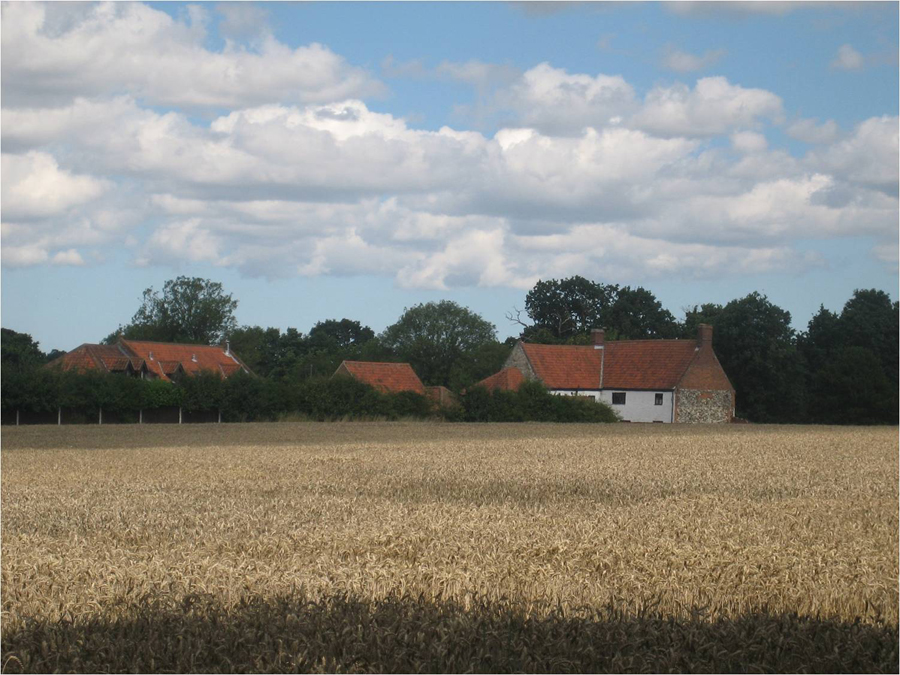 The Old Mill, Horsham St.Faith…features in the Ruralise ‘header’ at the top of the page 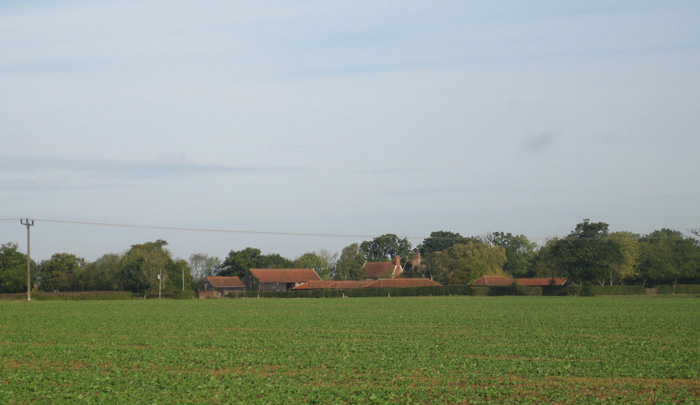