It’s been a while since my last post – nothing since May to be precise. A ‘white-paper’ inspired by the Government’s self-build initiative soaked up all available writing-time for a couple of months, and then I was holding off in hope of being able to tell you about a real-life Community Right to Build Project that we’re involved with at Lucas Hickman Smith. As it turns out this is moving incredibly slowly, so I can’t really write about it yet – but will do so as soon as I can. In the end it’s a house by Kirkland Fraser Moor which prompts me to break radio silence.

Published in BD last week, the house at Ockington has been granted planning permission under PPS7, the so-called ‘Gummer Law’, which can be used to grant consent for houses of exceptional design quality in rural areas, where new homes would not otherwise be allowed. If you followed Ruralise in the past you’ll know how interested in big roofs I am (specifically ‘roofs across fields’), which is why this one caught my attention. 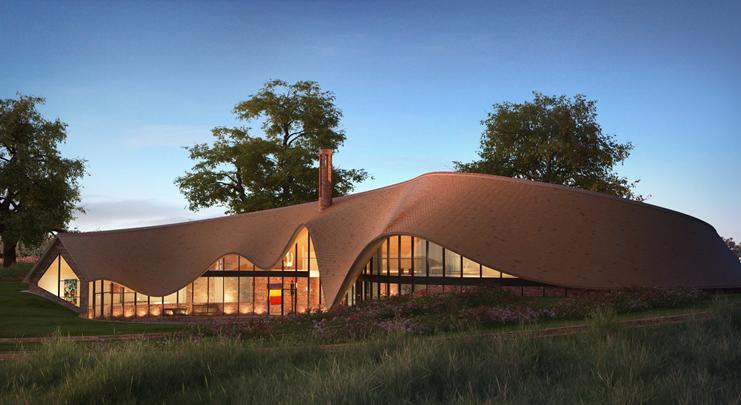 This sort of free-form work would be pretty much impossible with large Norfolk pan-tiles, but the small flat plain-tiles which predominate in central and south-eastern England can take up a curve quite well. And a connection with the vernacular is not far from the architects’ mind, according to BD:

The architects describe the design as drawing from the local vernacular tradition, but also responding to the need to make a building of our time. They believe their design can become part of the area’s heritage rather than standing apart from it.