Yesterday a group of school children from Robert Kett Middle School laid a small posy of flowers underneath a plaque in Wymondham commemorating the 461st anniversary of the execution of local hero Robert Kett, in a ceremony dating as far back as…

…well, only to 1999 actually, but the revival of local traditions (or even their invention) is all part and parcel of ‘local distinctiveness’, which we’re all for, here at Ruralise.  Besides, Robert Kett is a very rural hero. Wymondham born and bred, Kett was a yeoman farmer, and led an early assault on ‘Big Agriculture’.

Enraged by the enclosure of local common lands, he and his brother William raised a rabble army, mustering under ‘Ketts Oak’ on the old A11 (never mind that the tree, so identified with another plaque, must have been a sapling in 1549!). Having torn down fences in Wymondham and Hethersett the peasant army marched towards Norwich. They set up camp on Mousehold Heath outside the city and held court for two weeks, pulling down more fences all the while. On 22nd July the army marched into Norwich and took control of the city.

Before long, however, the King’s troops arrived from London, and Kett fought his last stand at Dussindale (now a banal housing estate) before being captured. His end was grizzly (my kids’ favourite part of the story): he swung from the battlements of Norwich castle on the 7th December 1549, and his brother William met a similar fate on the tower of Wymondham Abbey a few days later.

Wymondham’s most (in)famous son is not forgotten! 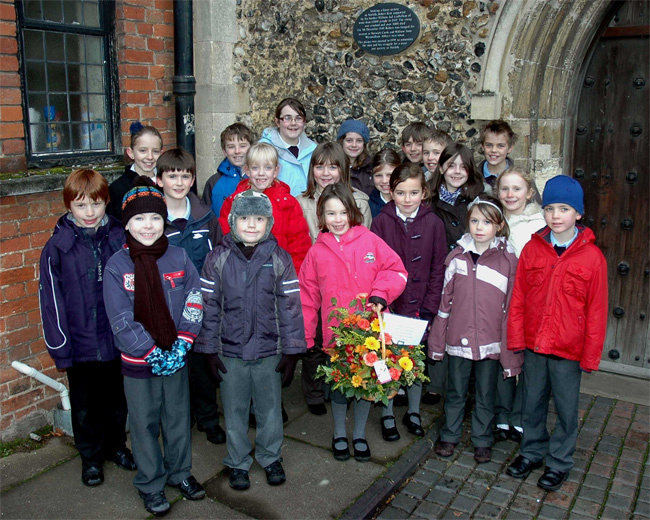 This entry was posted in Norfolk DNA and tagged history, local distinctiveness, Norfolk. Bookmark the permalink.

One Response to A Rural Hero Remembered