Tayler & Green #6 – From Semi to Terrace

Despite Tayler and Green’s stipulation about not working rigidly with standard Minstry house-types, the first two projects for Loddon Rural District Council (five pairs at Leman Grove in Loddon and seven at College Road, Thurlton) were closely based on their linked semis at Lothingland. Very soon, however, they were developing new plans exploring their preference for terraces.

As early as 1940, Tayler and Green had produced some drawings showing the house at Kings Head Yard repeated hypothetically as a terrace, but they now focussed on combining the manifest advantages of the semi – easy access to the rear garden, more light and air, and more width in the garden giving better privacy – with the architectural pedigree of the terrace. In their plans for Windmill Terrace the ‘out-house’ used to link pairs at Blundeston and Wrentham morphed into a simple through-opening garden store on the ground floor of a wide-fronted terraced house, with direct access to both street and garden. This device proved popular with tenants and became a feature of most of the sixty or so house-plans they devised over the following thirty years. The store is recognisable from the street as a second front door, usually ledged and braced, with a small square window. 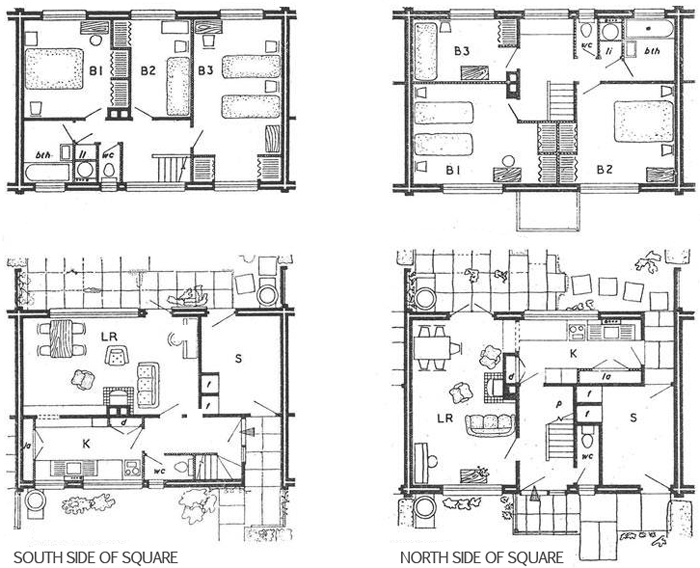 Above: The plans for the north and south sides of Windmill Green. The through-opening garden store is marked ‘S’.

At Windmill Green three long terraces define a central green, in a most direct evocation of a Georgian Square – using the space-defining capability of the continuous terrace to its maximum effect. Unlike the narrow fronted Georgian or Victorian house, with its immutable layout of formal front parlour and working rear kitchen, Tayler and Green devised different plans for the north and south sides of the square, to ensure the main living room always gets direct sunlight. On the south side of the square, the kitchen and stair occupy the street side of the ground floor, with the living room and dining room opening south onto the garden. On the north side the kitchen moves to the garden-side of the plan, and a full-depth living-room opens onto the garden to the north whilst still getting direct sunlight from the southern, street frontage. 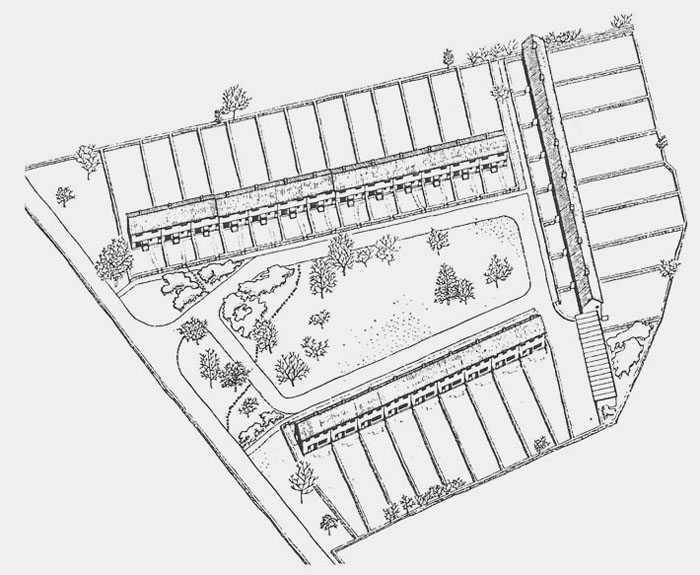 Below: Windmill Green in the 1950s, and today (photo Jim Stephenson – www.clickclickjim.com) 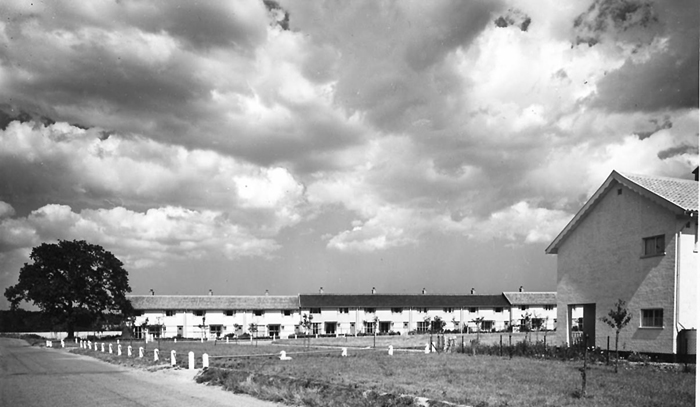 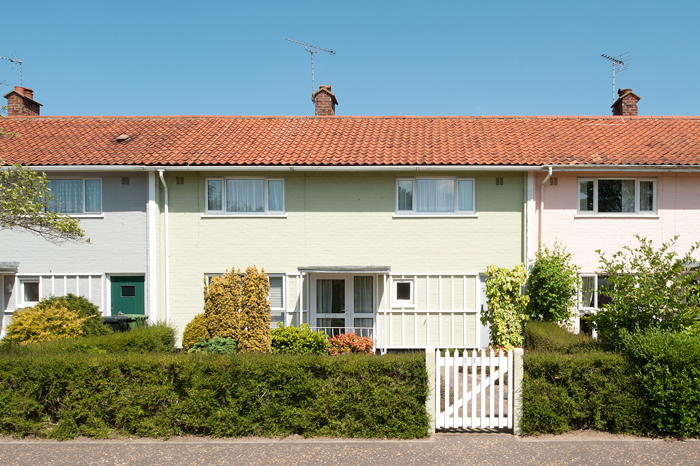 Next post: Tayler and Green #7 – A Kit of Parts
Read more about the wide-fronted house on Ruralise here.
Read more about Windmill Green on the Housing Design Awards website here