A pervading narrative in UK housing-design is that of ‘local distinctiveness’. The idea that new homes should ‘fit in’, or ‘reflect local character’, is enshrined in national and local planning guidance. For house-builders – and most of the local authority development control departments with which they deal – ‘reflecting local character’ means looking at the local vernacular, usually in the form of a nearby mediaeval town or village centre, and demonstrating how the house-builders product resembles it. You could say that in this respect things have actually improved since Herbert Tayler discussed the issue of regional architecture in his 1955 essay ‘Landscape in Rural Housing’. Tayler was able to complain that…

…the builder’s design of a house is exactly the same in Kendal as in Croydon, materials and all. I defy anyone to say where he is in England if suddenly dropped into the dirty pink brick middle of almost any new housing suburb. 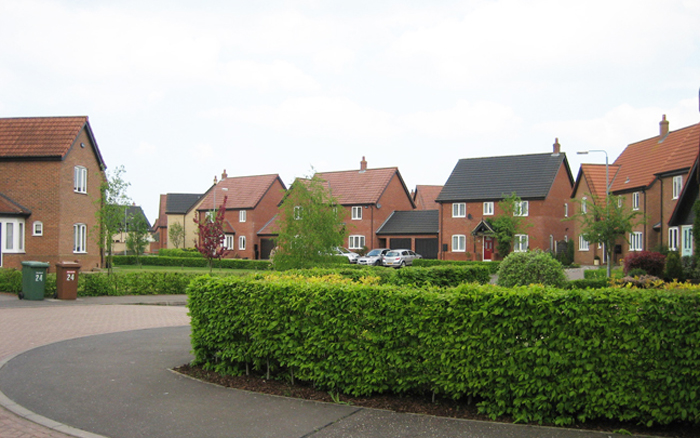 Today, house-builders at least make a nod to regional variations in vernacular, especially in the main external materials – a Chinese version of Cotswold stone, perhaps, or a ‘Norfolk Red’ brick from Belgium – but in his essay Tayler argues that layout, massing and grouping are just as important in creating a connection to context as materials, and he was certainly not overly concerned with adopting motifs from the local vernacular. Judged against some idealised version of the Norfolk vernacular, the pitch of a Tayler and Green roofs is too low, the brick is the wrong colour, the windows are too large and horizontal, and where are the dormers or finials? And yet there is no doubt that Tayler and Green’s work is ‘regionally distinctive’. 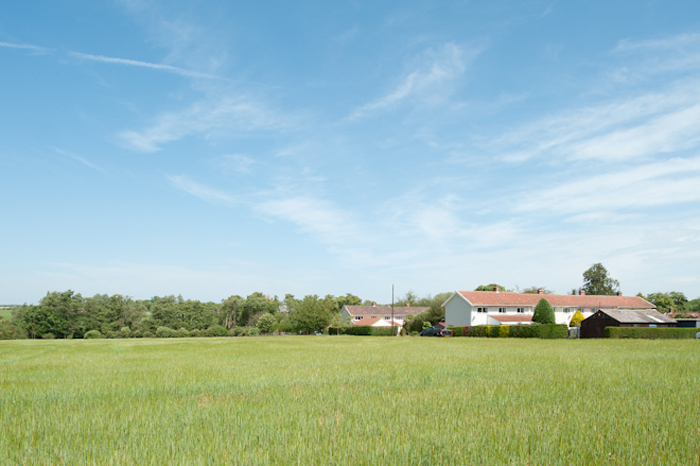 In 1983, architectural theorist Kenneth Frampton wrote an influential essay on the subject – ‘Towards a Critical Regionalism: Six Points for an Architecture of Resistance’. Frampton mourned the loss of local difference in architecture in the face of globally homogenised Modern culture, but also cautioned against the collage/cut-and-paste tendency of post-Modernism, which at the time was threatening to sweep away the entire edifice of Modern architecture. Regionally distinctive architecture, Frampton argues, should not simply plunder and re-use locally prevalent forms, materials or motifs, but should somehow re-invent Modernism locally from its own prevailing conditions. Frampton’s most eloquent statement of the idea is in fact a quote – from Californian architect Harwell Hamilton Harris:

We call such a manifestation ‘regionalism’ only because it has not yet emerged elsewhere.

Tayler and Green’s work is a clear expression of Critical Regionalism, emerging from within mainstream Modernism, but filtered through practical, technical and perhaps emotional constraints that were prevalent locally. If you took their work out of Norfolk, and transplanted it into the Sussex countryside, for example, it would probably look no more or less out of place. It is regionally or locally distinctive only because it emerged in a particular place and time, not because it was making references to a local vernacular. And to prove it, the last words here go to Herbert Tayler:

Some people ask if I made a special study of the local styles here in Norfolk. Well, I didn’t. I keep my eyes open and I suppose I just soak them up. I think it’s wrong to copy styles…